These results support further evaluation of GBT601 as the potential successor to GBT’s Oxbryta (voxelotor), the first disease-modifying treatment approved for SCD.

Findings, along with additional evidence in healthy volunteers and updated Oxbryta real-world data, will be shared in an oral presentation and a poster at the European Hematology Association 2022 Hybrid Congress, to be held in Vienna, Austria, June 9–12, and virtually, June 15–17.

The presentations “support the sustained use of Oxbryta for the treatment of hemolytic anemia in sickle cell disease, and the promise of our pipeline to improve clinical outcomes for people living with this devastating condition,” Kim Smith-Whitley, MD, GBT’s executive vice president and head of research and development, said in a press release.

Hemolytic anemia is a condition in which red blood cells are destroyed more quickly than they are made.

“Data presented at this year’s Congress will contribute to the growing body of evidence that could transform the treatment of sickle cell disease,” Smith-Whitley added.

Oxbryta is a first-in-class oral therapy for SCD patients, ages 4 and older, in the U.S., and those 12 and older in Europe.

Both Oxbryta and GBT601, also known as GBT021601, work by increasing the ability of hemoglobin — the protein inside red blood cells that is responsible for transporting oxygen — to bind oxygen. This prevents hemoglobin clumping, or polymerization, and subsequent red blood cell sickling and destruction, which is the underlying cause of SCD.

In the other trial, called GBT021601-012 (NCT04983264), six adults with SCD, ages 18–60, received a single 100 mg dose of the therapy, followed by an eight-week treatment-free period, five weeks of daily treatment with 50 mg of GBT601, and three weeks of daily 100 mg doses. Preliminary treatment efficacy is also being assessed in this study.

Data from the trials’ multiple dosing portions will be shared in the oral presentation “Safety, Tolerability, and Pharmacokinetic/Pharmacodynamic Results from Phase 1 Studies of GBT021601, A Next-Generation Hbs Polymerization Inhibitor for Treatment of Sickle Cell Disease.”

Consistent with previously reported findings from single-ascending doses, multiple daily doses of GBT0601 were well tolerated in both studies.

Multiple 50 mg doses were well tolerated in healthy volunteers, with most adverse events being mild in severity and unrelated to treatment. The most commonly reported included drowsiness, headache, and constipation.

After eight weeks of continuous GBT601 treatment, mean hemoglobin occupancy, or the percentage of hemoglobin bound to the therapy, was 32.6% and mean hemoglobin increase was of 2.3 grams per deciliter (g/dL) — both higher than that reported for Oxbryta in previous trials of adults and children with SCD.

“These data highlight the potential of GBT021601 and support its further development,” the researchers wrote.

Updated results from RETRO (NCT04930328), a multicenter, post-marketing, retrospective study of 224 SCD patients, ages 12 and older, treated with Oxbryta in a real-world setting, will be presented in the poster, “A Multicenter, Retrospective Study on Real-World Experience of Patients with Sickle Cell Disease Treated with Voxelotor.”

Data concerned laboratory and clinical findings one year before and one or more years after treatment initiation in 216 patients enrolled at nine U.S. sites. Their mean age was 33.5, and they were treated for a mean of 51.1 weeks or nearly one year.

More than two-thirds of patients (68.1%) were simultaneously on hydroxyurea, a standard treatment to reduce VOC frequency and the need for blood transfusions. About one-quarter of patients had a dose interruption or adjustment, most commonly due to adverse events (17.1%).

Available results showed that hemoglobin levels rose by 1.4 g/dL with Oxbryta’s use, while those of two hemolysis markers — indirect bilirubin and reticulocyte percentages — were reduced.

Also, 80 patients (37%) reported at least one non-SCD-related adverse event, with most of them being mild in severity and including diarrhea, headache, and rash. Additional safety and tolerability data in the real-world setting will be presented at the meeting.

These findings were consistent with those from the Phase 3 HOPE trial (NCT03036813) that led to the approval of Oxbryta, GBT stated in the release.

“Real-world evidence continues to provide valuable insights into what happens every day in clinical practice and supports important decisions regarding care,” Smith-Whitley said. 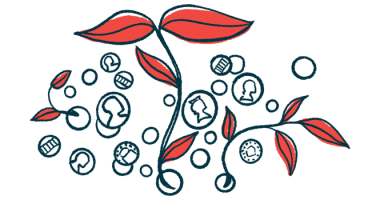