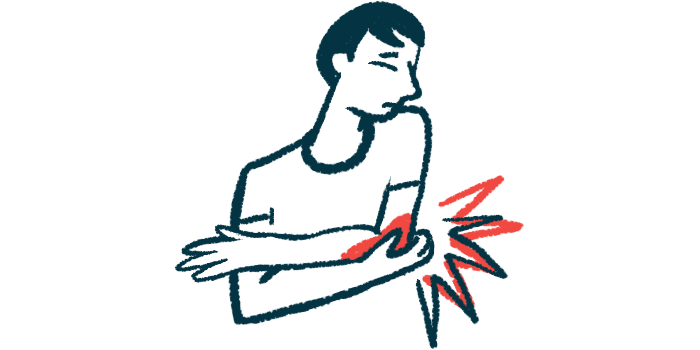 The study, “Sickle cell bone disease and response to intravenous bisphosphonates in children,” was published in the journal Osteoporosis International.

Many people with SCD experience problems with bone health. Problems with blood flow due to SCD can cause avascular necrosis (AVN) and bone infarcts — two conditions where bone tissue dies due to a lack of blood supply.

Bisphosphonates are a group of medications that modulate the activity of bone cells to help prevent bone loss. These therapies are commonly used to manage osteoporosis, a condition characterized by unusually weak and fragile bones that are prone to fracture. They are also used to ease bone pain in people with cancer or bone scarring.

There are few published studies, however, describing the use of these medications in SCD patients.

Here, scientists reported clinical data from 46 children with SCD-related bone problems who were treated at one of three centers in Canada. The mean age at identification of bone problems was just under 12 years old.

Most children (61%) had more than one specific bone-related issue. The most common type of bone problem was bone infarcts in the spine, which were seen in 76% of the children. MRIs were performed on 26 children, and five of them were found to have myositis (muscle inflammation) at areas of AVN or infarct.

“Our findings demonstrate that a wide range of SCD bone morbidity can present in childhood,” the researchers wrote. “Vertebral deformities due to endplate infarction were the most common type of bone morbidity, followed by femoral head AVN, non-vertebral body skeletal infarcts, and humeral head AVN.”

The team added that they were “surprised to observe a large proportion of children with myositis.”

“Myositis has been previously reported in SCD; however to our knowledge, our study is the first to describe myositis in children who underwent MRI for bone morbidity,” the researchers wrote, noting a need for further research into this connection.

Pain assessments were reported for 29 children; all but two reported pain in the back, hip, shoulder, arm, and/or knee. For eight of these children, pain had caused issues with engaging in physical activity and missing school days.

Of the 46 children, 23 were treated with intravenous bisphosphonates (zoledronic acid and/or pamidronate). The main reasons documented for bisphosphonate treatment were bone pain and AVN.

Of the bisphosphonate-treated children, 11 underwent pain assessments following treatment. All but one of the children reported that bisphosphonate treatment significantly or completely reduced pain after six months of treatment. The only exception was a child who had severe degeneration of upper thigh bones and was expecting to undergo hip replacement. This child had received one bisphosphonate infusion and was followed for a period of just five months.

“From a clinical perspective, the most important observation arising from our study is that [intravenous] bisphosphonates appeared to significantly reduce the severity of chronic bone pain in our cohort,” the researchers wrote.

The team also noted that some patients had detectable changes in the shape of disease-affected bone areas after starting on bisphosphonates.

“These findings demonstrate the potential for structural improvement in SCD bone morbidity,” the researchers wrote, though they noted that “it is unclear why some cases recover while others progress to further bone destruction,” highlighting a need for further research.

Scientists said that this study is limited by its relatively small size and retrospective design, stressing that a well-designed clinical trial “would be necessary to definitively determine whether [intravenous] bisphosphonates have measurable benefit to skeletal health compared with disease-targeted treatment alone.”

A Tale of 2 Ambulances and a Sickle Cell Crisis